Well, I have arrived! Tokyo here I come… Once I have slept for approximately 24hours, eaten way too much food and showered to remove the grime of 28hours on planes and in airports which were not targeted to my ideal climatic temperature!!
The journey here really could of been a lot worse so I’m greatfull for that, but gosh I forgot the level of effort needed to pack for a trip like this! – I don’t think doing it while recovering from a two day leaving party bender made the process any easier either, sighh one day I’ll learn! 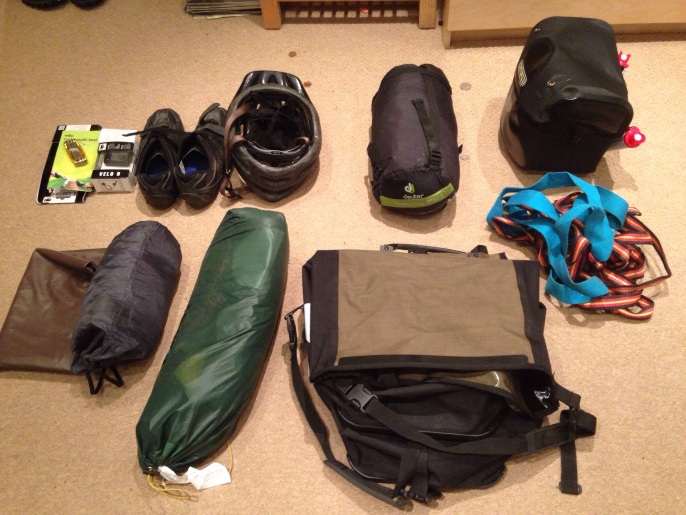 In a vague effort to try and make progress I ordered all my gear most of it still intact and as I’d left it after Italy. One of the panniers still reeks of the off the banana that was sat hidden at the bottom for two weeks after I last returned home… Eventually I did find it. Now I just wished I’d washed the thing out earlier! 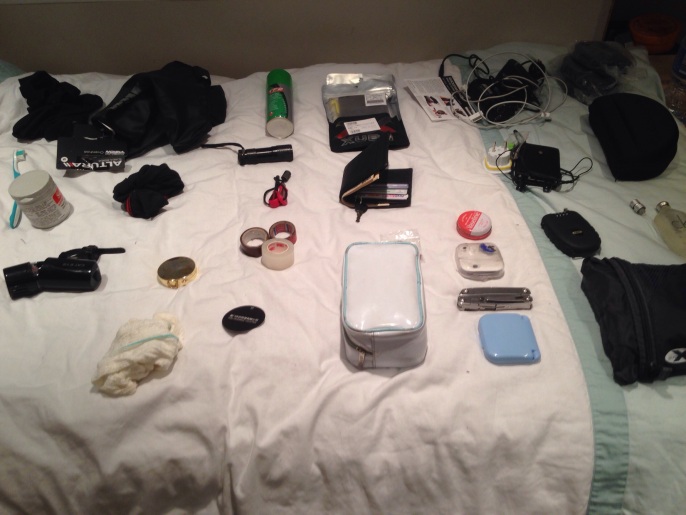 Then came all my bits and bobs! Home comforts so to speak. What is life without a pocket atlas, sunglasses or a 50ml spray of CK one, (of course, only for emergencies) the answer… Unsurvivable! 😛
Mostly the small items are carried on with my hand luggage along with my camping equipment… And so you may ask, what about your clothes? WELL… I refuse to pay for another bag and sooooo
TA DAAAA

Yup air India, I’m sorry, that bike box which was supposed to have “official: nothing must be contained in the bike box except the bike itself” actually contained not only the bike… But also, shoes, helmet, sleeping mat, and every single item of clothing I now posses was duck taped to the frame!… I might also of been aware that once in the box it was too big for your weighing scales hence why I wasn’t concerned when I knew it was 5kg to 7kg over the allowance – uuuups 😉 sorry again air india! You trust us cycle tourers way too much! Just cos I can pick it up with ease doesn’t mean OH IT MUST BE UNDER 20kg THEN. Well… Your mistake! 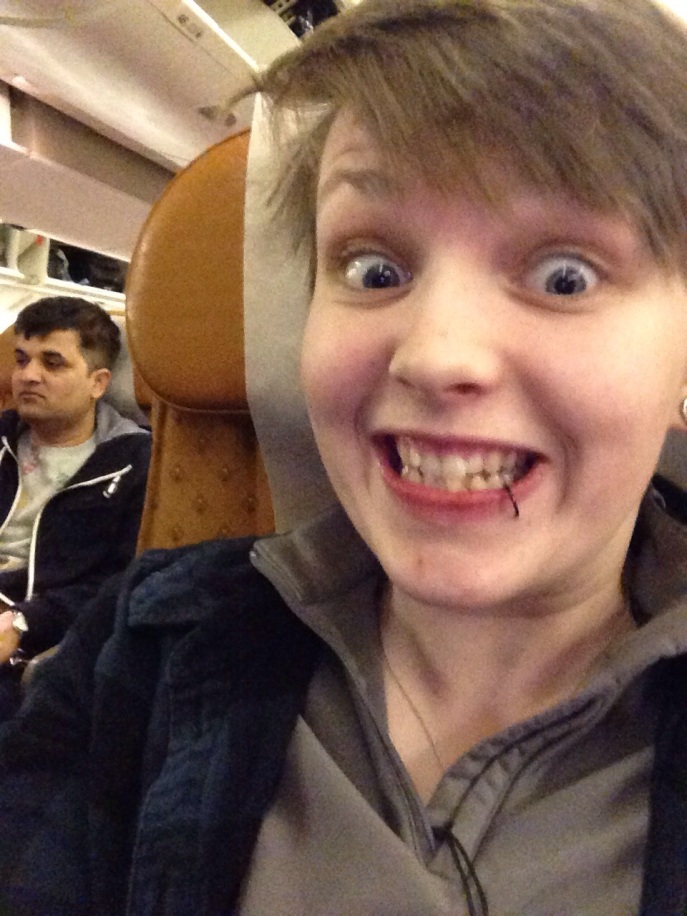 After a few awkward altercations with flight attendants explaining that I WASNT flying with the English couple in front or behind me, as they tried to send us to various desks or fill in forms together, I finally made it to the plane! 24hours later, after serial watching 6 Hollywood films, snoring in Delhi airport and chatting with too many Indian and Japanese people I arrived in Tokyo!
Here come the adventures…

2 thoughts on “Let the journey begin!!!”